Jeff Bezos, the richest man in the world and head of space company Blue Origin, announced Thursday his intent to participate in the new race to the Moon with a high-tech lander to carry vehicles and equipment.

"This is Blue Moon," the 55-year-old said at a carefully choreographed presentation in Washington, as curtains lifted to show a model of a huge vessel.

It will weigh more than three metric tonnes empty, 15 fully fuelled, and be capable of carrying 3.6 metric tonnes to the lunar surface -- or 6.5 in a variant model.

It is supported by four legs, with an upper deck where equipment can be fixed. A large tank of liquefied nitrogen fuel occupies its centre. 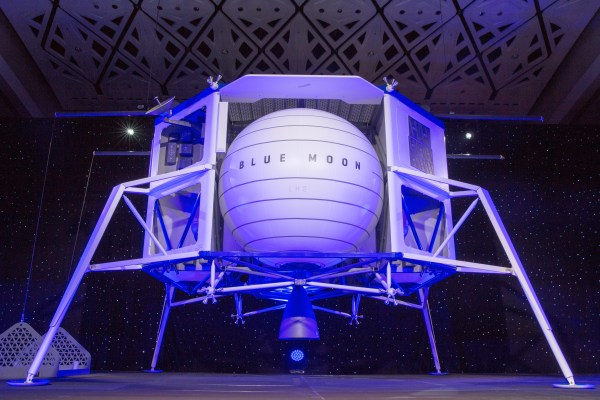 "It's an incredible vehicle, and it will go to the Moon," the Amazon founder declared.

Bezos didn't announce a specific date for the project's first launch, but Blue Origin later said it was capable of meeting President Donald Trump's announced goal of returning people to the Moon by 2024.

"We can help meet that timeline, but only because we started three years ago," he said. "It's time to go back to the Moon, this time to stay."

Fifty years after American astronauts first walked on the Moon, the United States is among countries showing renewed interest in Earth's natural satellite.

The vehicle will be capable of carrying scientific instruments, four self-driving rovers and a future pressurized vehicle for humans.

The goal is to land on the Moon's south pole, where ice deposits were confirmed in 2018. Water can be exploited to produce hydrogen, which in turn could fuel future exploration of the Solar System. 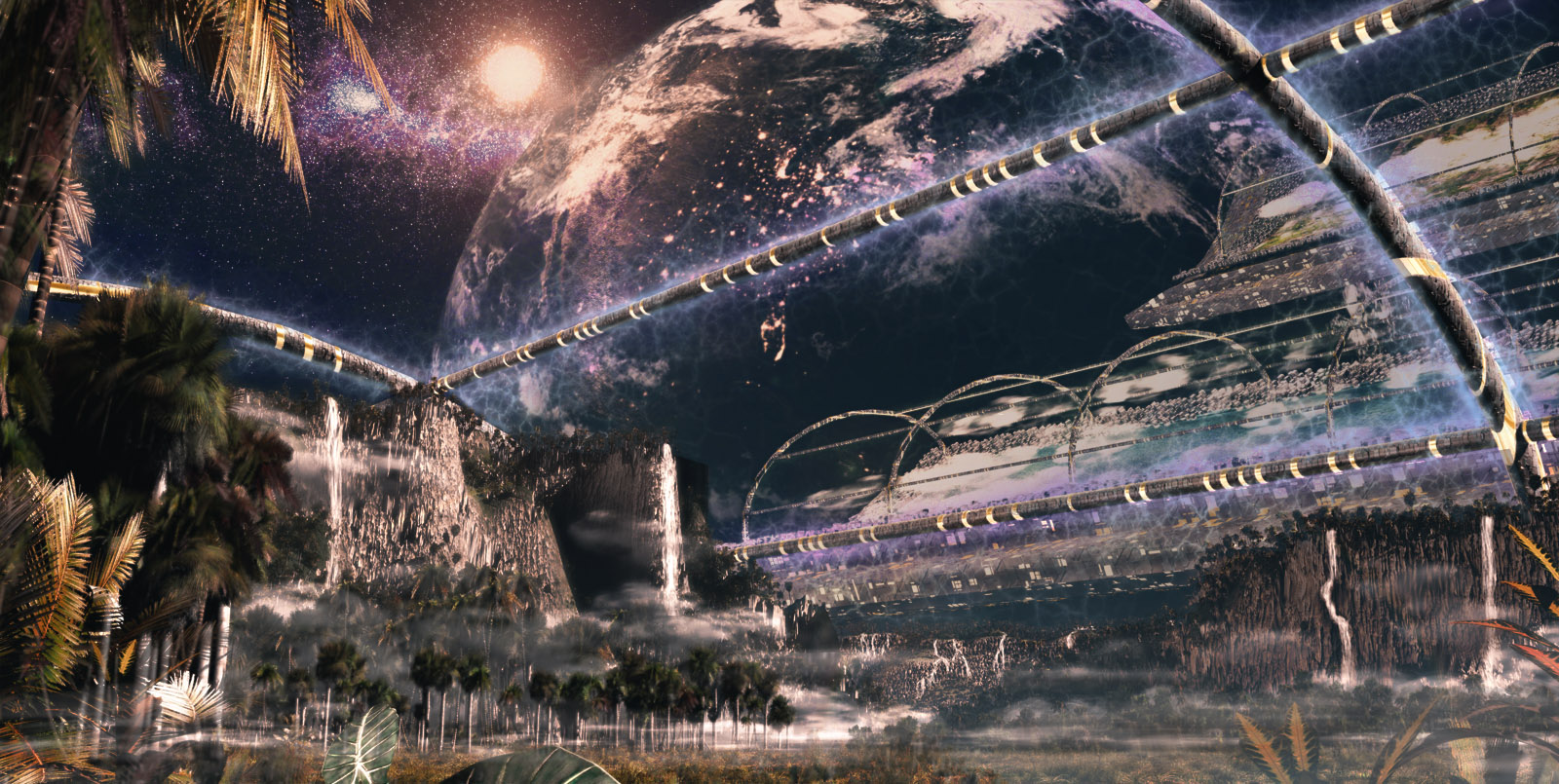 The White House's intention to return to the Moon in 2024 has sent NASA into a frenzy of activity, because that particular mission was originally anticipated for 2028.

Nothing is ready: not the powerful Space Launch System (SLS) rocket being developed by Boeing which is necessary to transport vehicles and astronauts.

Not the components of the future mini-station in lunar orbit, which will act as a rest stop between Earth and the Moon. And not the lander nor rovers needed by astronauts, among whom will be the first woman to set foot on the Moon.

But Bezos, who rarely speaks about the projects at Blue Origin, which he founded in 2000 and finances with more than $1 billion per year, clearly suggested he wants to help NASA. 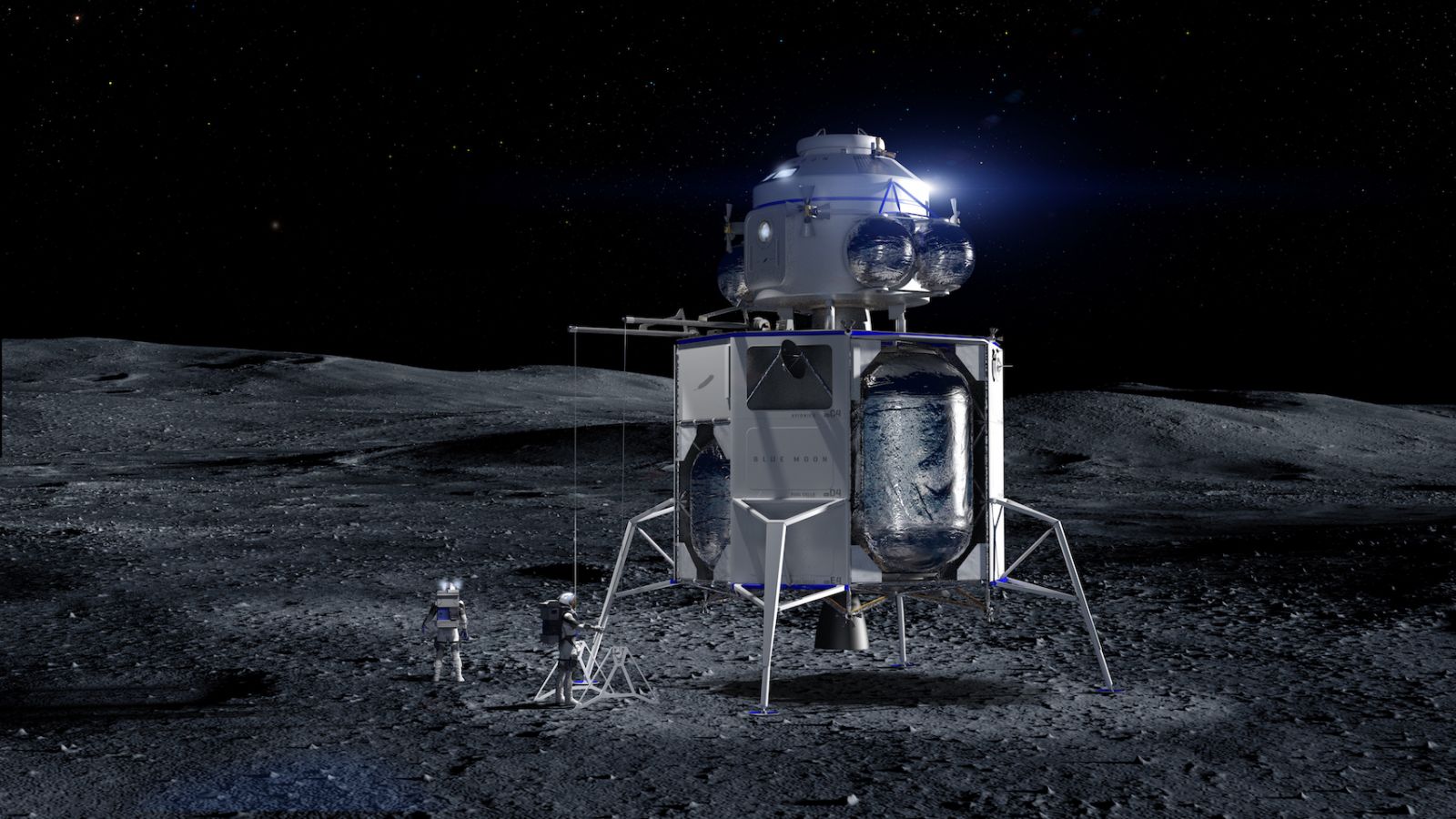 Several other aerospace companies are also expected to bid to build the lander for the space agency, which is in the process of finalizing requests for proposals. Lockheed Martin proposed its own lander concept some months ago.

Bezos, who also owns The Washington Post, did not talk to journalists at the event.

The lander's unveiling came as Bezos outlined in a lengthy monologue his broader vision to build an infrastructure that would sustain the colonization of space by future generations of humans and shift polluting industries off the Earth.

This would involve the construction of artificial worlds in space, inspired by designs first proposed by the late physicist Gerard K. O'Neill, one of Bezos's heroes, intended to give humanity an escape route in case of limited resources on Earth. 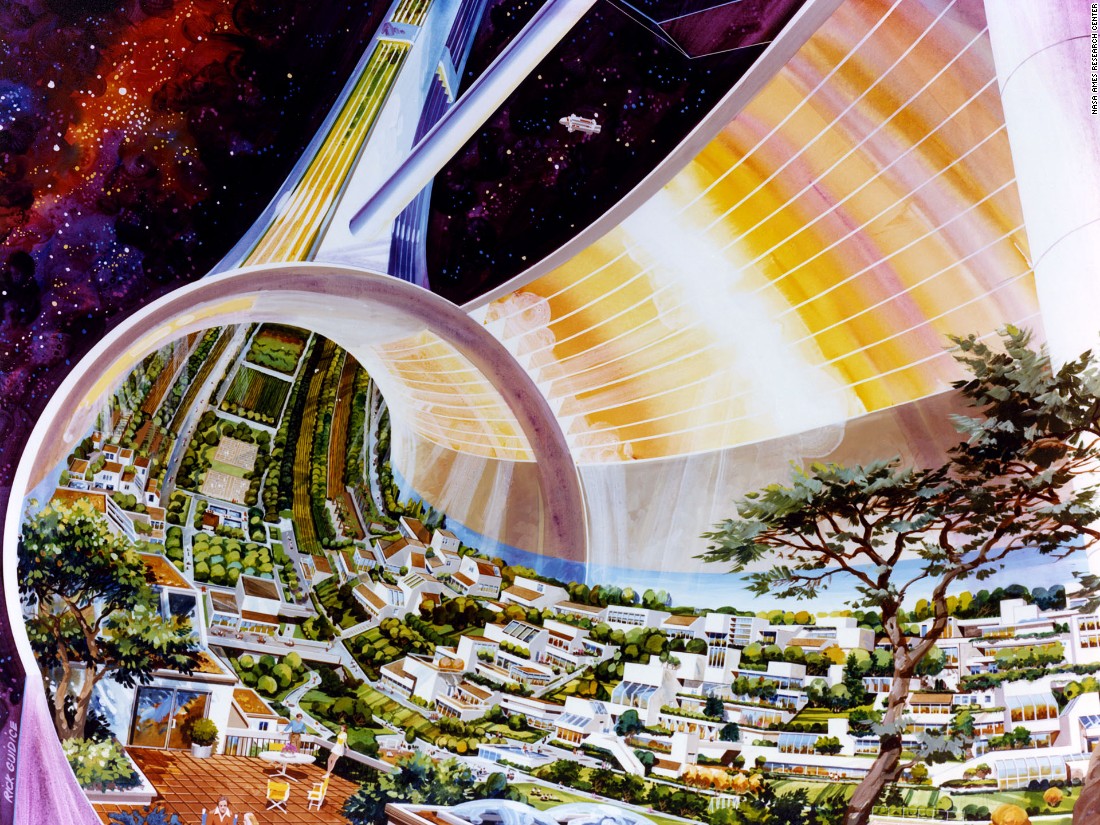 Bezos confirmed his commitment to fly the first people in New Shepard this year, and New Glenn in 2021.