Rocket with 'world's largest' 3D printed engine will blast off from SCOTLAND into orbit in 2021 to deliver small satellites into Earth’s orbit.

While we are all looking and worried about Brexit, British Space Industry companies have not stopped working together to create Britain's very own rocket and launch site.

Their announcement has been welcome news and an exciting new development in the British collaboration of the Space Industry coming together to landmark this exciting event.

A new rocket with a 3D printed engine which will deliver small satellites into the Earth's orbit will blast off from the UK in 2021.

The rocket's engine is described by the company as the 'world's largest' 3D printed engine and is designed to cut down on carbon emissions.

British spaceflight company Orbex, plans to open their headquarters and rocket design facility in Sutherland in the Scottish Highlands.

The base in Forres, where they unveiled the rocket, will bring more than 130 jobs to the region.

Prime, as it is called, has been designed to take satellites into Earth's orbit to altitudes of up to 776 miles (1,250 km).

Made from a specially-formulated lightweight carbon fibre and aluminium composite, Prime's engine is cleaner than traditional space transportation.

It is engineered to work with bio-propane, a clean-burning, renewable fuel source that cuts carbon emissions by 90 per cent.

The company claims it's fuel is 100 per cent renewable. 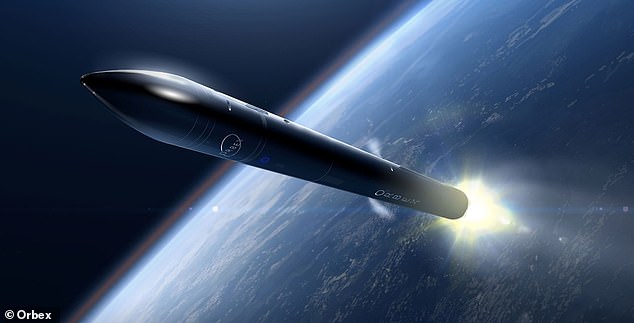 Prime will make its maiden flight from Scotland in 2021, when it will carry an experimental payload from UK-based Surrey Satellite Technology Ltd (SSTL), which manufactures small satellites.

Graham Turnock, Chief Executive of the UK Space Agency, which is part-funding the spaceport, said that Orbex's new rocket design facility will 'bring Britain one step closer to having its own domestic commercial launch capability'.

'This firmly positions the UK as Europe's frontrunner for those looking to Earth's orbit and beyond for new opportunities,' he said.

'The new facility and future spaceport operations will help unlock vast economic and societal benefits not just in Scotland but right across the UK.' 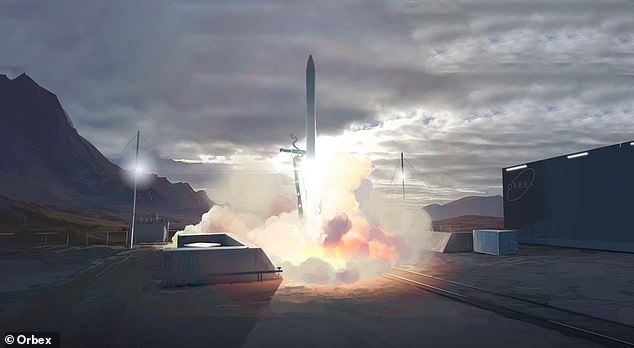 The new headquarters in Forres will combine a rocket design and integration facility, an operations centre and executive offices. Secretary of State for business Greg Clark welcomed the plans for a spaceport in Sutherland as a 'significant investment'.

'Orbex's rocket design facility will bring more than 130 new jobs to the Scottish Highlands region – this is our modern Industrial Strategy in action,' he said.

'The space sector is a great British success story and we are working closely with industry to ensure we thrive in the commercial space age. 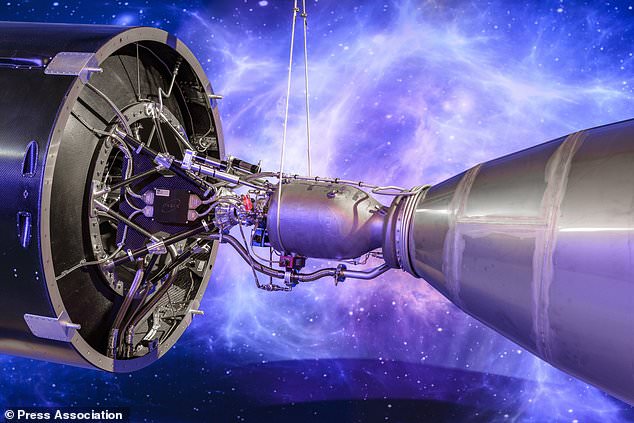 'New innovations, capabilities and expertise are driving significant growth, with the sector generating close to £15 billion in income each year.'

Chris Larmour, Orbex Chief Executive, said: 'Since the announcement in July 2018 that we had been chosen to launch from the Sutherland spaceport, Orbex has been on an incredible journey, largely behind-the scenes.

'That is changing today, as we publicly reveal the company's technical and commercial momentum.

'Not only do we have a full engineering prototype of the complete Stage 2 of the Prime rocket, but also a growing roster of customers hoping to be among the first to launch satellites from Scotland.' 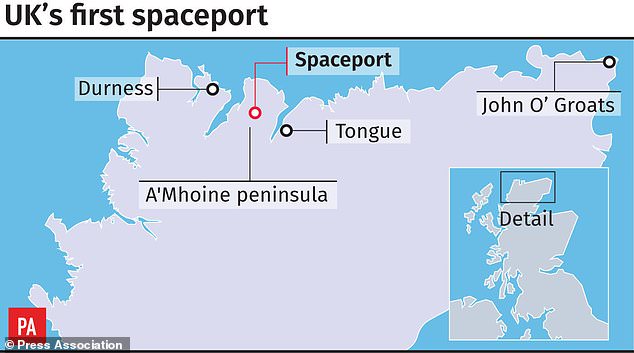 'It brings us one step closer to reaching our ambitions of hosting the first orbital launch facilities in Europe and will complete our full offering to build, launch and operate satellites right here in Scotland.'